What is the Major Scale? 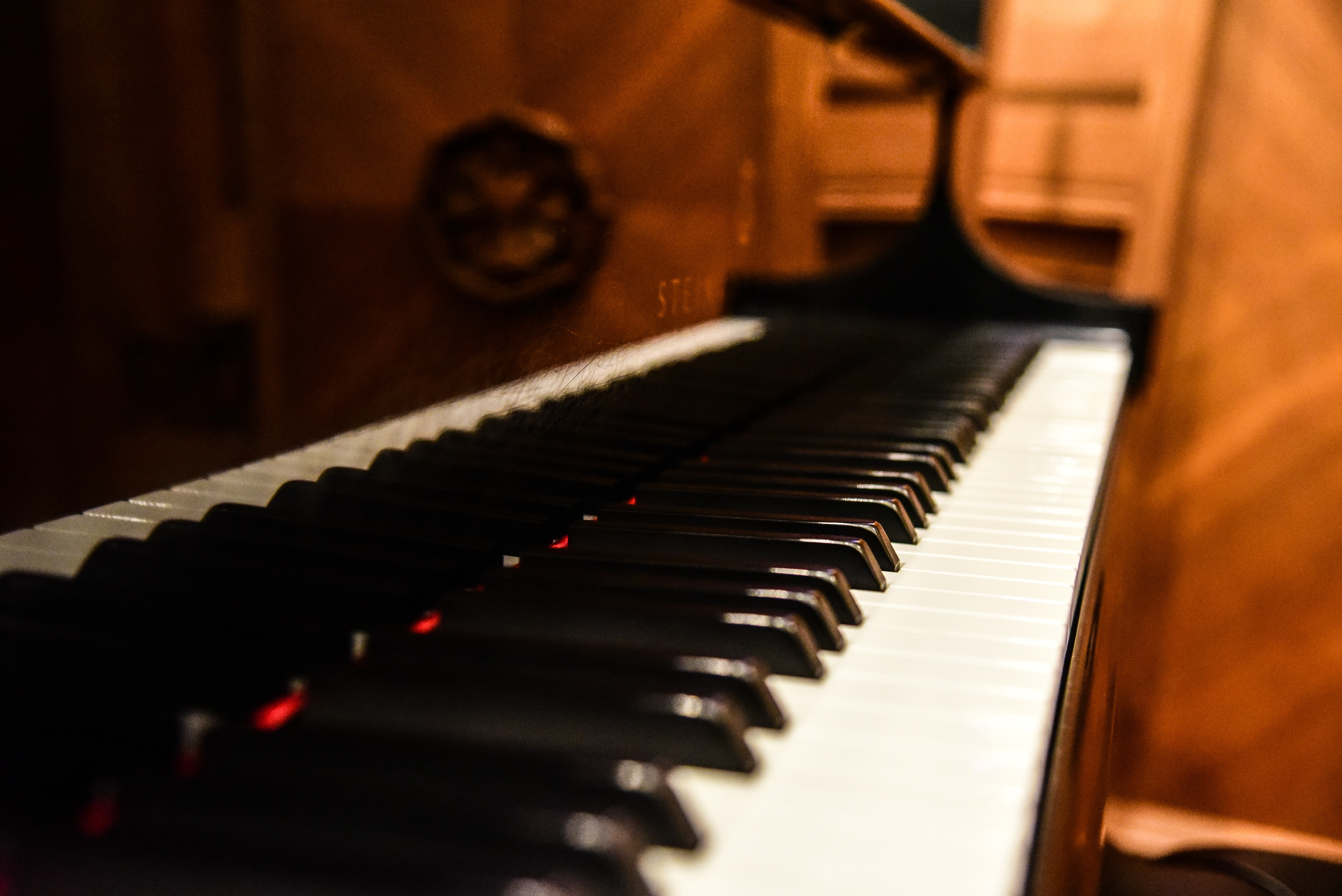 What are major scales and why are they important?

That being said, during any particular song or piece of music, only 7 of those keys will be used at any given time.

Those 7 keys make up what's called the "major" scale.

Most songs all have what's called a "home key."  This is the note or chord where the song begins and ends.  Let's say it's C major.

Any song that only uses these 7 notes is called "diatonic".

When you make C your "home" key, then then scale is only made up of white keys.

Which means you can play any "diatonic" song by only playing white keys, which is pretty cool.

You'll notice when going up the scale from C to D, etc.  Some notes will have black key between them, and others won't.

Notice E&F and B&C don't have black keys between them.  Those are called half steps.

All other steps with black keys between them are called whole steps.

The key between each step doesn't have to always be black, if you go from one black key to the next, there can be a white key between them.

Now you're probably thinking many songs use lots of black keys, and this is true, but it will always use certain ones, it's never random, as long as it's "diatonic" not all songs are, some songs will leave the 7 note foundation to "visit" other notes, that's a more advanced topic for another day.

If you want to figure out which black keys your song uses, you just figure it's home key or note, and then build the scale from there.

Let's say it starts on E, then you'd get

Whole steps will have notes between them, so for the first 2, I skip F & G, the half step is next hence A, then skip A#, C,and D for those 3 whole steps, and then next to D# is E.  Look at a keyboard and you'll see what I mean.

Using the formula, you can figure out all the black keys any song uses, by simply looking up what major scale it's using.  This can take the guess work out of figuring out melodies rather than just guessing at notes, using the notes of it's corresponding major scale makes this learning process go much faster, almost like a shortcut to remove 40% of the potential choices when trying to figure out a melody.

Melodies will also follow the notes of a major scale, hence why it's so important to know them all.  If you don't know which they are, then you won't know when to use which black keys, and you end up with notes that sound awful when you just try and guess.  Don't guess, use the scale!

Is There a Shortcut?

Yes!  There is!  You can just finding out the black keys by building the scale using the formula, or you can memorize which notes are sharp or flat by using the circle of 5ths!  However, that story is for another day. I will say it's pretty awesome, so stay tuned.....

Interested in learning more?  Subscribe to receive updates and learn the 4 secrets classical pianists wish they knew about how to play popular music.  :-D